Critical Race Theory: A Doctrine of Devils That Is Captivating the Minds of Americans (Paperback) 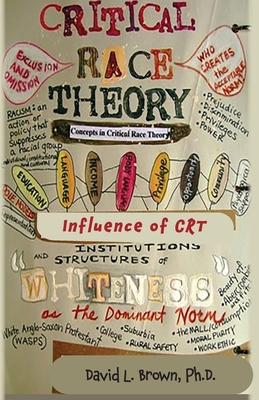 By David L. Brown
This book is currently not available

The agitation of the Black Lives Matter movement has dominated the public discourse in the United States since the death of an African American man who died during his arrest in Minneapolis. This was a tragic event. The death of Mr. Floyd was troubling indeed. However, I am also concerned over the legitimacy of the phrase "black lives matter," since all lives irrespective of race matter Mr. Floyd's death was the spark that lit the fires of violent protests, police shootings and terrorism in many cities across the USA by groups like Black Lives Matter, Antifa and other groups and individuals. In fact, violence is being encouraged. One Black Lives Matter leader said they would burn the system down if they don't get what they want. When Philadelphia Police shot and killed Walter Wallace who refused to drop his knife and came at them October 26, 2020 people marched through the streets shouting, "Every city every town, burn the precincts to the ground." Following was looting and violence where 30 policemen were injured.