Pagan Heart of the West Vol V: The Arts and Philosophy (Paperback) 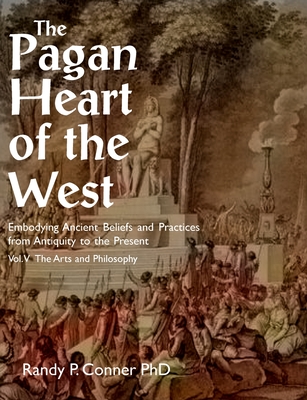 The Pagan Heart of the West challenges current academic notions that paganism died when Christianization occurred; that the transition from paganism to Christianity was a fairly easy, nonviolent one; that persons once pagan were happy to accept the new religion because it fulfilled them or because they viewed it as superior - as if the Inquisition never happened; and that all things pagan are in fact Christian prior to the mid-twentieth century, even though they demonstrate little or no connection to the Christian New Testament. Likewise, Pagan Heart challenges narrow conceptions of "the West."

Applying Indigenous and decolonial theories, together with Michel Foucault's conception of subjugated knowledges, Pagan Heart suggests that instead, paganism should be explored as an ancient and indigenous set of common beliefs and practices, at once ubiquitous and local, that includes the reverence of deities; the veneration of nature; rites celebrating the seasons and the life cycle; practices of healing, divination, and magic, often guided by ritual specialists; and arts and philosophies giving expression to pagan figures, concepts, and narratives.

In this fifth and final volume, we consider the persistence and transformation of pagan traditions in philosophy and the arts. This final volume also includes the extensive bibliography for the series. Like the other volumes, this volume demonstrates that paganism has not only persisted over the course of millennia, but that it has also undergone metamorphosis and innovation.
Most importantly, Pagan Heart emphasizes that the ancient gods did not die when Christian authorities forbade their worship and sought, in N. Scott Momaday's terms, to commit deicide, but instead that they continue to exist and thrive.